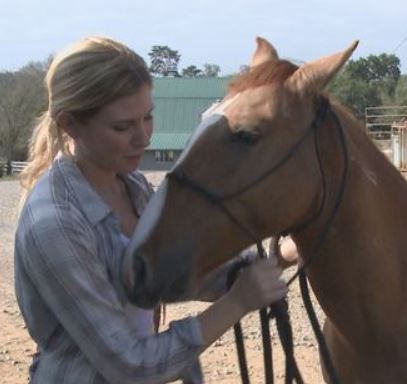 An East Tennessee teen won Wild Mustang Million Horse competition in Fort Worth, Texas. She helped ready a horse for adoption and earned $10,000.

From: WBIR.com
By: Emily Stroud

Out west, wild horse run free… but there are too many of them for the land to sustain. That’s why the Mustang Heritage Foundation is getting those wild horses adopted.

A local horsewoman helped that process by winning a contest. 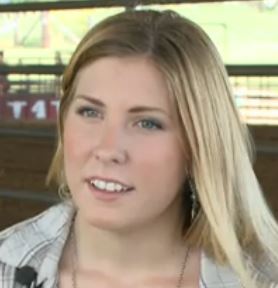 “People think they’re so wild and mean but they’re really… I guess they’re harder to start at first maybe but in the end they’re super super intelligent and really willing to please,” she said.

This summer a mustang she trains there was wild. That changed when Jackie decided to enter the Wild Mustang Million Horse competition in Fort Worth, Texas. Jackie’s sponsor bid on the horse at auction and got him for a great price: $400. His name is Calibrated Cadenza.

“I took him and I started on him the next day. Taught him to lead. Put a halter on him and taught him to lead taught him to lunge so I could take him out and run him but I honestly didn’t start really working with him until like a month and a half later because I was trying to finish for another mustang competition with a different horse,” she said.

She describes the competition as a series of preliminary classes and tests on handling and obstacle courses and obedience. She and her horse made the top ten and advanced to the finals.

“You’re judged on your artistic interpretation and your choreography with the music to how the horse moves. They want to see things that impress the crowd and impress the judges too so it has to be complex but fun,” she explained.

In the end, the mustangs in the competition are ready to be adopted. As for Jackie, she took first place and won $10,000.

“You can envision yourself winning but when you actually get out there and you do it. I dedicated it to my grandfather who had passed away of leukemia earlier this year and the day after my finals would have been his birthday so his 84th birthday,” she said.

“You have to try to think like a horse. What do horses do when they’re on their own, when they’re in herds. And for years when I didn’t really have any horses to ride I would go out and I just spent time with horses and I watched how they behaved around themselves and how they communicated and that taught me so much. If you just watch and you listen,” she said.

She hopes her accomplishment will inspire others.

“I want kids to follow their dreams,” she said.