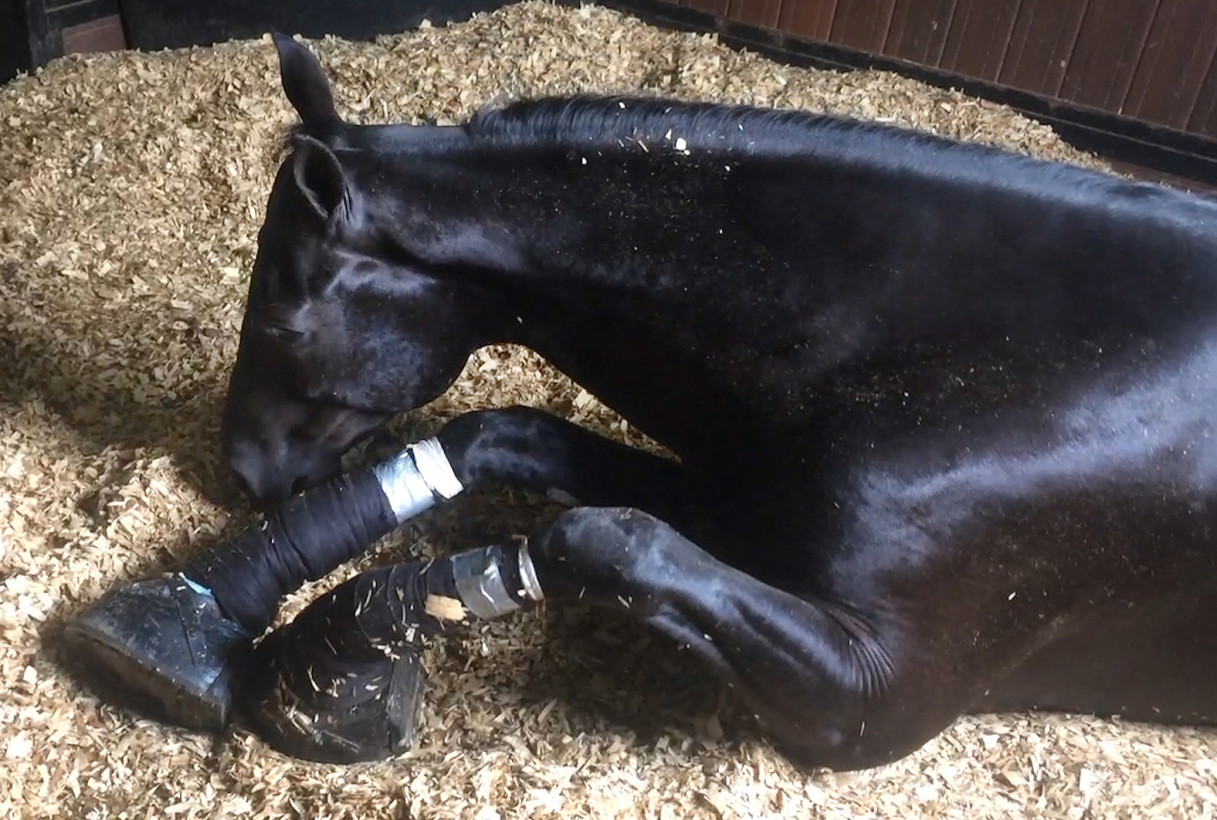 It should come as no surprise that the people committed to torturing Tennessee Walking Horses are still at it. The money they are throwing at politicians to stop the PAST Act from being made into law is a strong indicator of their dedication to harm these innocent creatures. The Humane Society’s undercover investigation now exposes them to the public. ~ HfH 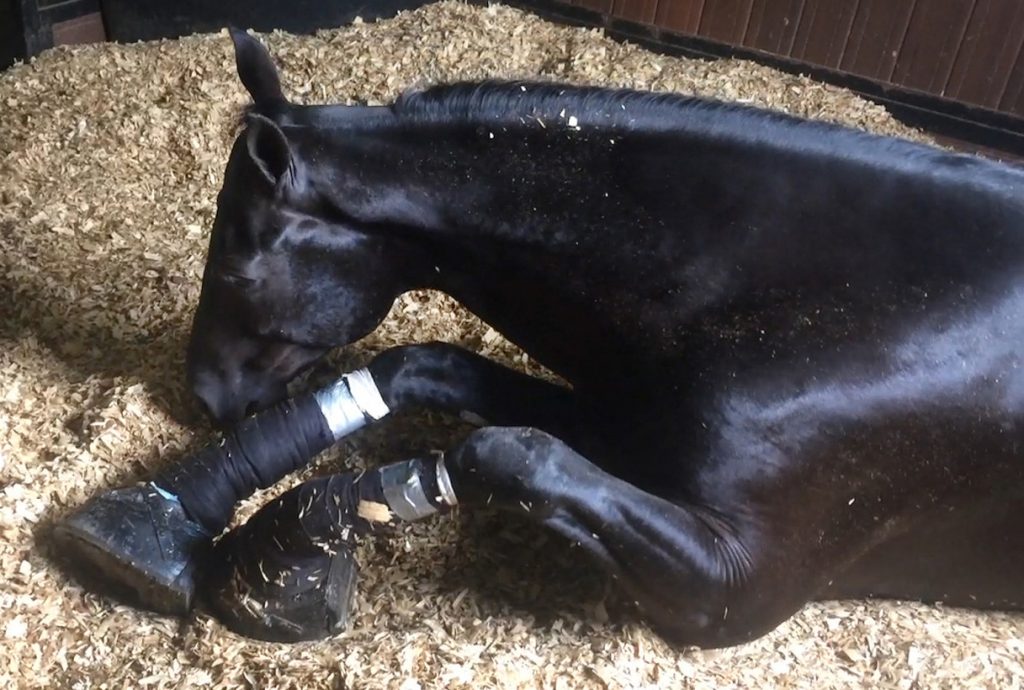 Moments ago, I announced at a press conference the findings of the latest HSUS undercover investigation documenting horrific abuse of Tennessee walking horses, with major trainers caught red-handed hurting horses and prepping animals for the breed’s upcoming National Celebration – the multi-day pinnacle event in Shelbyville, Tennessee – by cooking chemicals into their legs. A brave HSUS investigator worked at ThorSport Farm in Murfreesboro, Tennessee, for several months, documenting grooms and upper-echelon trainers applying caustic chemical substances to horses’ legs, wrapping them in paper towels, thick cotton, and common horse leg wraps – sometimes while their owners looked on. This practice, called “soring,” deliberately inflicts pain to the legs of show horses in order to force them to perform a hideous, exaggerated gait called “The Big Lick.” The HSUS is calling upon federal and state authorities to aggressively investigate, and, if warranted, prosecute these individuals to the fullest extent of the law.

Our investigator gathered incontrovertible and damning evidence of soring. Of 75 wrapping samples that the investigator obtained directly from the legs of horses either owned by or trained at ThorSport, at least 63 had soring substances on them that are prohibited at horse shows by the U.S. Department of Agriculture under the Horse Protection Act. Twelve samples are still being tested. One of ThorSport’s homemade soring concoctions contained mustard oil – a nasty blistering agent used for soring – along with camphor, methyl paraben, methyl salicylate, and hydrocarbons, which are all USDA-prohibited substances.

One ThorSport employee gave his opinion on how they should be soring horses – “put some diesel on them on Monday” he said. Even after that revealing group conversation, everyone at ThorSport denied that soring was going on when they spoke to the HSUS investigator.

The investigator also documented the use of heavy “action devices,” including double chains and metal rollers attached to horses’ legs that would bang against the painful sored areas and hurt the animals even more as trainers and owners rode them.

In one instance documented by the investigator on July 4, 2015, Play Something Country lay down in his stall groaning in pain, 40 minutes after a chemical substance had been applied to his front legs, which were then wrapped tightly with materials to enhance the pain and to sear the animal’s skin. This sort of willful disregard of the law is precisely what we found in 2011 when we investigated trainer Jackie McConnell and his stable and caught him abusing horses in pursuit of ribbons at the Celebration.

There was lots of talk documented this time by our investigator of trainers and grooms worried about getting caught conducting their illegal practices – and there was good reason for their paranoia. They knew what they were doing was unlawful, cruel, and harmful to the horses. For instance, according to the USDA, butylated hydroxytoluene — one of the prohibited substances the lab found in the wrapping samples our investigator took off a champion horse named He’s Vida Blue – can be toxic to the horse’s blood, liver, and central nervous system. It is also a carcinogen that can produce organ damage with repeated and prolonged exposure.

Three ThorSport trainers – Chad Williams, Aaron Self, and Robert Cortner – have all received “tickets” for soring horses but are still riding, training, and soring. Our previous case demonstrated deep and pervasive corruption within the elite circles of the sport, and this investigation clinches the case.

The federal Horse Protection Act of 1970 and the laws of several states prohibit soring, but the penalties are so weak and loopholes so gaping that scofflaw trainers gamble that they can sidestep law enforcement action.