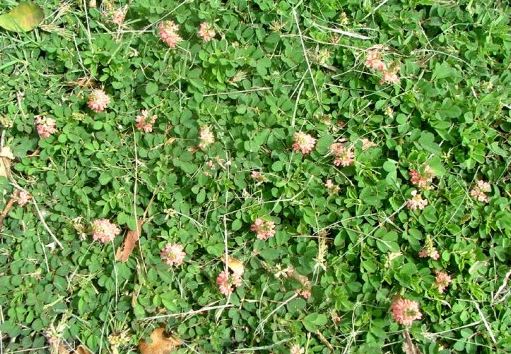 Creeping Indigo does not grow through much of the US but thrives in tropical climes such as Florida and Hawaii. Not only was it brought to the US to use in lab experiments at the University of Florida but it has been used as ground cover through out the Caribbean before the 20th century. The danger of Creeping Indigo is not just to horses, but cattle, sheep, and other livestock…except pigs which seem to know to stay away from it. For those living in the South, keep an eye on your pasturage to make sure the plant is not growing – as pretty as their flowers can be, it will kill horses if they eat enough of it. ~ HfH 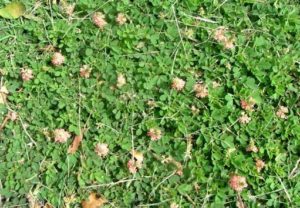 RUSKIN, Fla. – A poisonous weed that’s invaded Florida’s pastures has killed a horse in Ruskin and may have sickened several others.

Creeping indigo, imported into the state by the University of Florida in 1925, normally is an invisible plant that goes unnoticed in field grass. During cold snaps it blooms a small pink flower, and is a favorite food for horses.

“They eat it like candy,” said Summer McGuire, a Ruskin resident who’s horse Nina become deathly ill after it was suspected she consumed large amounts of the plant.

Nina collapsed on Christmas Eve, and McGuire’s friends helped haul the horse out of the field in hopes of saving her. Unfortunately, the poison had progressed into her system to the point where her digestive organs shut down.

“On my horse’s dying day she walked out to eat the plant,” said McGuire, who believes creeping indigo becomes addictive to animals.


A récent University of Florida article about creeping indigo reported that the weed is in fact lethal, affecting more than just horses. Cattle, sheep, goats, rabbits, and birds were all listed as potential victims. Pigs, however, seemed to ignore the deadly plant.

UF brought the plant to Florida from Ceylon in the 1920’s for agricultural experiments. When rabbits became sick and died, the project ended, but the weed remained.

There’s little research about its effects other than occasional reports of horse deaths over the last few decades.