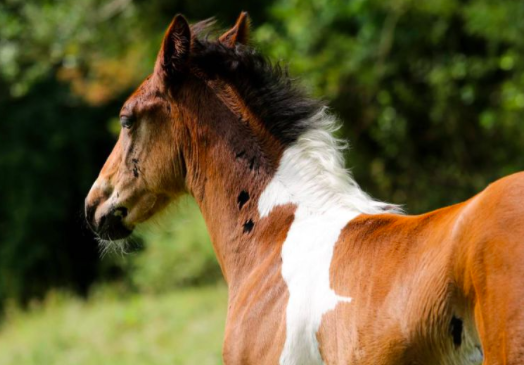 Simply amazing! This beautiful baby was born this way – his coat looks like he has a silhouette of a horse on his neck in white. His owner, Wendy Bulmer from the United Kingdom, aptly named him Da Vinci. If you would like to see other beautiful horses and support Habitat for Horse’s mission to rescue more horses – be sure to check out our contest. You can click on any of the pictures on that page to vote for *your* favorite horse! >> http://www.habitatforhorses.org/update-habitat-for-horses-2015-summer-photo-contest/

His owners named him Da Vinci in honour of the artistry of his coat. 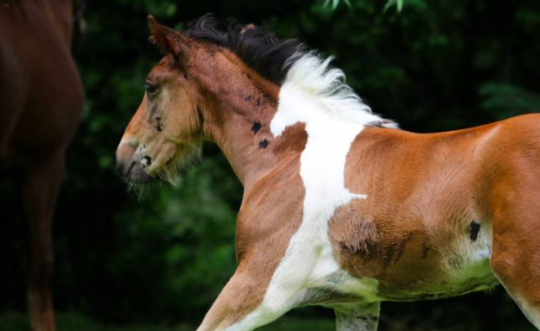 It may look like a paint job, but this foal really does have the perfect outline of another horse in his coat.

Seven-week-old Da Vinci, nicknamed Vinny, was named after the artist because of the work of art in the white fur on his neck.

Vinny, who lives at the Fyling Hall school in Fylinthorpe, North Yorkshire, pays absolutely no attention to his very own white shadow, which merges flawlessly from white to black in his mane. 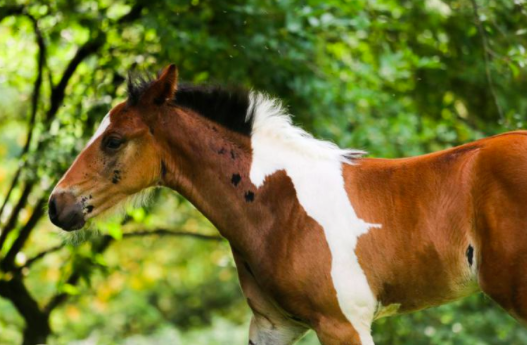 Vinny’s owner, Wendy Bulmer, wasn’t even aware Vinny’s mum was pregnant with the foal when she bought her, but she couldn’t be more delighted to have him.

His unique look doesn’t end there either.

“He has a perfect little heart on his bottom as well,” says Mrs Bulmer.