Current myths about the Wild Horses of the American West

Current myths about the Wild Horses of the American West 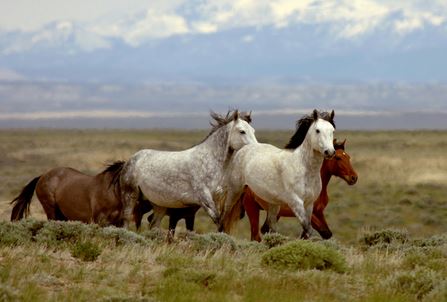 The Bureau of Land Management’s recent call to find newer ways to destroy the wild horses of the American West have all kinds of opinion pieces floating about by those who interest lie with the cattle ranchers. They attempt to paint anyone who wants to protect the wild horses as deranged bleeding heart liberals and “tree huggers”. They make up falsehoods about the wild horses and overpopulation.

Here are just a few of those myths exposed:

1. Wild horses and burros are feral and not “wild”.

The truth of the matter is that horses and burros within 2 generations of rewilding adapt to their eco-system. Equine lived in North America thousands of years ago – really just a short amount of time for an environment. Horses adapt to their once native environments, it is instinctual for them to do

Meanwhile cattle were brought from Europe and were never a native species to our lands. Cattle are NOT bison. Bison are native to North America. Domestic livestock cattle are not. Cattle have significant differences in diet, grazing, water use, movements, and predator defense than bison.

Cattle use more water and are less mobile than bison. As a result, watersheds and the land are severely depleted by livestock grazing in the West. Bison feed in one place for a few days, then move on. This allows vegetation to recover from grazing. Cattle will stay in the same location for weeks, sometimes grazing native shrubs, grasses and forbs to bare dirt, causing soil erosion and creating conditions for weed invasion.

Cattle are poorly adapted to dealing with native predators, being rather slow and unintelligent when compared to bison. Cattle ranchers will do all they can to eliminate “natural” predators since cattle are NOT natural to the United States.

2. Wild horses are in direct competition for the natural resources of cattle and sheep.

The competition is very lopsided. There are millions of cattle on the rangelands while there are only 10s of thousands of horses.

Also cattle graze close to water – within a mile. As we previously stated cattle will stay in area grazing until the land is bare. Meanwhile horses graze up to 10 miles or more from water. Horses will graze on lands at much higher elevations than cows will. Really the cattle are competition with each other for resources…not with horses.

3. There is a serious population problem with the wild horses and burros in the United States.

Back when the Wild free-roaming horses and burros Act of 1971 was signed into law, horses were considered to be close to endangered with only 34,000 remaining. Now there are only close to 49,000 horses in the American West. The wild horses numbers are still low. As long as cattle and other livestock are allowed to destroy the land, their numbers will remain low.

The Bureau of Land Management attempts to justify the need for population control by stating there are 22 million acres less than in 1971 alloted to wild horses. That drop in land is mostly due to the government relinquishing control to private land owners over water concerns. Close to 50% of the land loss was due to this. The Act itself states that the horses and burros are NOT to be removed from the lands…so instead the land is removed from the horses – always to the benefit of private livestock owners and energy corporations.

Unlike cattle, horses and burros can roam hundreds of miles much more evenly distributing grazing pressure. Equine digestive tracts actually help to restore the soil and reseed many species of plants while maintaining brush and over growth. The same cannot be said for cattle that overgraze a region. Often times the BLM will take pictures of wild horses in areas that cattle had just foraged to promote the falsehood that horses over graze the land.

5. Wild horses do not have predators which is why their population is growing. 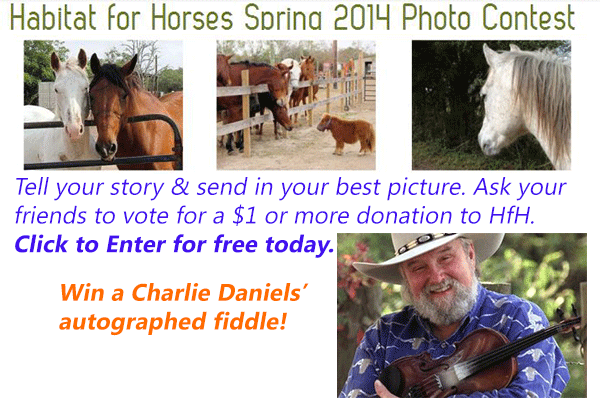