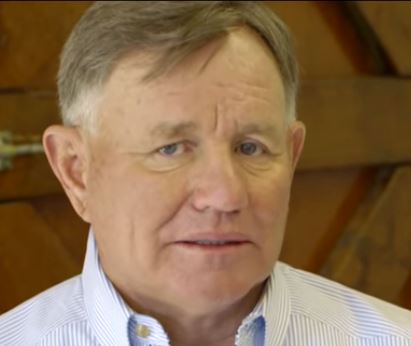 The American public needs to be made aware of the outrageous lies in the video “Horses in Crisis” created by Protect the Harvest. The video is made to look sympathetic to the plight of the wild horses in the American West. It is, however, a wolf in sheep’s clothing – it is actually a film promoting the slaughter of horses. Typically we do not recommend that anyone watch a video of horse slaughter propaganda. Especially one in which a great deal of money has been spent in its production – it is filled with lush sad music and devastating images of horses starving. This is the exception. What we would like you to do is watch the video below (the closed caption does not work very well – its better to listen to the audio), count the number of lies you can find. Then let us know in the comments section of our website, or on Facebook or Twitter. They are numerous – some are hidden – most are not. The person who comes up with the most documented number of lies will win a picture of Pete – a well known Habitat for Horses figure. Protect the Harvest was created back in 2011 by Forrest Lucas, founder of Lucas Oil Products. Protect the Harvest’s mission is to go after the Humane Society – it says so on their website. Lucas has funded opposition to bills that would protect animals. Protect the Harvest spent over a quarter of a million dollars opposing Measure 5 in North Dakota, which sought to establish felony-level penalties for malicious cruelty to dogs, cats, and horses. Protect the Harvest is more about protect man’s ability to do whatever they wish to animals. You can find out more about Protect the Harvest’s pro-animal cruelty funding here.

Protect the Harvest acknowledges that horses hold a special place with humanity – why do they seek to destroy them? Leaving the fate of America’s wild horses in the hands of those who would privatize every inch of the West for personal gain will cause their extinction. It is time to expose these liars for what they are. Watch the video and count. Then let us know. We will tally up the total Thursday at noon and declare the winner.