Cobalt has a dangerous history for both humans and horses

Cobalt has a dangerous history for both humans and horses 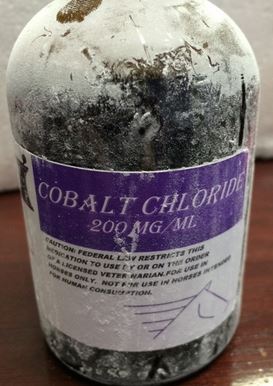 This is a follow up piece so our readers can understand the history of cobalt as a doping agent in horse racing. Cobalt salts (or cobalt chloride) is extremely dangerous to use on horses. Death is a common side effect. Yet, its ability to make a horse run faster, longer makes those whose sense of greed outweighs their common sense continue its use. No horse anywhere in the world should have to suffer the effects of cobalt chloride. ~ HfH

From: The Australian
By: Brendan Cormick 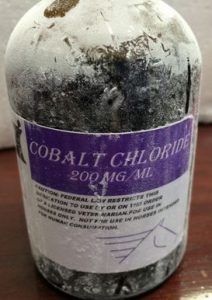 IN the early 1960s, breweries in parts of Canada and the US added cobalt to beer to help stabilise the foam.

It took just a few months for heart disease to end the lives of heavy drinkers, which was obviously bad for business.

However, it was only when the deaths were investigated that it was established many of those who had last drinks were swilling product from the same brewer.

Those written about in the Annals of Internal Medicine who enjoyed beer, were not likely to be athletes.

Cobalt has the same properties as EPO, used by cheats in professional cycling and athletics to sustain their performance with the aid of elevated counts of red blood cells that carry oxygen. Cobalt tricks the body into producing extra red cells. The downside relates to its side effects. Thickening of the blood, heart and thyroid issues and tumours are just some of the problems connected with its use. It is no less deadly in horses.

Cobalt is part of a horse’s normal diet. It is both naturally and artificially present in hay, grain and supplements. The dosage is minimal and well inside 200 micrograms per litre of urine. Horses having cobalt salts or cobalt chloride administered will produce readings above 1000 micrograms.

Cobalt had been difficult to test for as it has a small window of a matter of hours (4-6) where it was present. Horses given cobalt are good for only a handful of runs at best. Performance tapers after that, some collapse and die during exercise.

US racing journalist Ray Paulick has written extensively on the topic. A vet gave cobalt to a horse, telling the trainer’s vet it would make it ‘‘run like a beast’’. A frightening description of a horse being injected and having a reaction seems a regular occurrence. The animal’s heart rate climbed and breathing was four-times faster than the normal rate — so much so the stable vet thought the horse would die.

After five minutes, things calmed down and the horse won.

The first the gallops code in Australia really became aware of cobalt was when Racing NSW produced a rash of positives last year to Newcastle trainer Darren Smith. That case is ongoing as is the one involving father-and-son training combination Lee and Shannon Hope. They have three positive samples.

Two days ago, Peter Moody became the highest profile trainer on the list when Lidari tested positive after the Turnbull Stakes at Flemington last spring. Yesterday Mark Kavanagh and Danny O’Brien joined him. The stewards may take more than a month, possibly months to conclude their investigation.