Cherokee Horses: A Link to the Trail of Tears

Habitat For Horses / breaking  / Cherokee Horses: A Link to the Trail of Tears
1

Cherokee Horses: A Link to the Trail of Tears 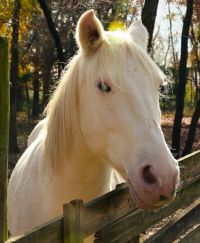 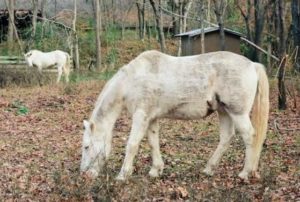 The federal policy of Indian Removal forced thousands of Native people of the Southeastern United States westward, with many only taking what little they could carry. For some families, this meant transporting livestock they had bred for generations.

One of those breeds that survived the Trail of Tears is the Cherokee horse, a distinctive breed that is recognized by the Southwest Spanish Mustang Association. The breed is descended from the horses brought to the Americas by Spanish conquistadors like Hernando de Soto.

Chief Tassel, a Cherokee leader during the time of removal in the 1830s, brought his herd with him on the Trail of Tears and re-established the herd in Indian Territory. According to the Mid-South Horse Review, the roots of Tassel’s herd can be traced back to 1775. Tassel’s descendants, the Whitmire family, continued the breed in eastern Oklahoma, with the average horse’s height being 14 to 14.2 hands high. Tracing lineage through the female line, the Whitmire family occasionally introduced outside stallions descended from Choctaw, Comanche and Mexican-descended herds.