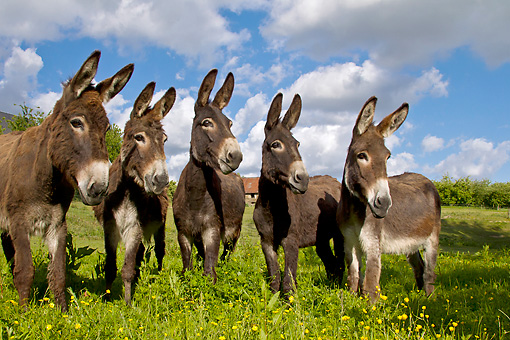 Habitat for Horse decided to change our focus on this blog. It was getting to the point where all we published were negative opinions, horror stories, and giving publicity to the borderline insane. More than a few people commented that they simply stopped reading what we published because they wanted to read something positive about horses. Can’t say I blame them. The horror stories can get to you.

We have a specific job to do at the ranch – assisting law enforcement, rehabilitating, training and adopting horses, operate therapy programs for children and adults. It’s enough to keep everyone busy 24 hours a day. But we can’t help but look up on occasion to see what is going on in the rest of the world. Sometimes, it just demands a voice or it disappears on the back page of some foreign magazine.

Beyond the total lack of any quality control on human and animal food exported from China, we now make you aware of a massive breeding program for donkeys – not because of the love of donkeys, but because they love donkey milk, donkey blood and donkey “ejiao,” a gelatin made from donkey skins and used for its high “medical value.”

The goal? 10,000 studs, all at one single breeding center. No difference between this and the efforts of some ranchers who wanted to raise horses for their meat, the Chinese raise them for their skins.

Perhaps it should give a us all a moment of thought before we buy products that are “Made in China.” 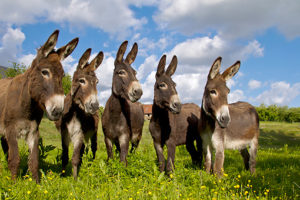 A breeding center in the hometown of donkey-hide gelatin plans to increase its stud scale to 10,000 by the end of next year, as shortened supplies keep pushing up the price of the traditional Chinese medicine.

The center in Dong’e county of Shangdong province, currently with a total stock of about 700, also plans to research on donkey milk and blood and apply the study result to optimize breeding.

“We all choose big-sized black donkeys for breeding, because ejiao made by black donkey-hide is believed to have the highest medical value,” said Zhao Zhichao, technician of the breeding center.

He added that the conception rate is 70 percent, and the center would also transport the frozen semen to other breeding areas in Xinjiang and Inner Mongolia.

However, as machinery use in agriculture widens, donkeys are seldom seen working in fields anymore, which has dampened farmers’ interest in raising the animal.

Figures from agriculture authorities suggest the number of donkeys raised by farmers dropped to 6.03 million at the end of last year, compared with 11.2 million several years ago. And the number is still dropping.

Dong’e Ejiao Co Ltd, the largest Chinese maker of donkey-hide gelatin by market share, announced in September that it would raise the product’s factory-gate price by more than 50 percent as herds dwindle.

Demand for ejiao has been rising by an average of 30 percent a year, according to the company.

Ejiao is credited by many with improving blood circulation and replenishing energy. Its supposed beautifying effects make it a favorite among women.

The Chinese medicine is made of boiling a donkey hide and refining the gelatin and has a history of more than 2,000 years. Traditionally, it is obtained from a series of processes of washing, soaking, rinsing and stewing the hide.

Ejiao production techniques have been listed as a national-class intangible cultural heritage.