Born To Be Wild

Habitat For Horses / Uncategorized  / Born To Be Wild
2

Born To Be Wild 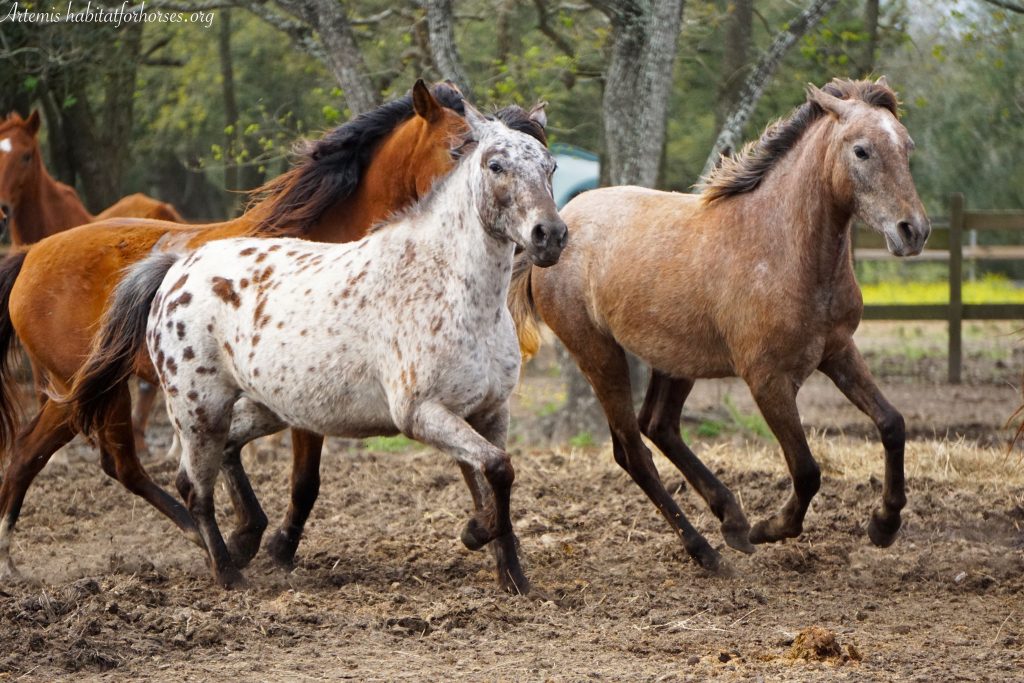 In the last couple of weeks, the world of wild horses has been thrown into a state of turmoil. The two national humane societies, ASPCA and HSUS, along with Return to Freedom and a few others, joined in with the BLM and the National Cattlemen’s Beef Association to present a plan which supposedly saves the wild horses from extermination by slaughter.

After listening to constant signals from inside the Beltway in Washington, DC, that they are ready to send our wild horses to Mexico and Canada to be slaughtered for human consumption, those groups got together and started some creative thinking. In what we hope was a purely defensive move based on the attitude of our current administration and elected Senators and Representatives, they came up with a plan to remove between 15,000 to 20,000 horses and burros per year for the first three years, then cutting back to 5,000 to 10,000 after that.

Then organizations and nonprofits will somehow be able to train and adopt out most of the gathered animals and find pastures for those that aren’t adopted.

There are a lot of details missing from this summary. You can read the plan in its entirety here.

As you can imagine, there are a whole bunch of questions and accusations being thrown at them. The noise from both horse and non horse people is ramping up to the point where it’s getting ugly.

“This is nothing more than paving the road to the slaughterhouse!”

“Those groups have gotten into bed with the cattle people!”

“There is no compromise! The cattle people win and the horses lose their freedom!”

In trying to be fair I’ll quote a few lines from those involved in developing the plan:

“Congress says if we don’t do something, they will authorize the killing of wild horses.”

“The BLM budget is out of control. We must come up with a workable plan that will be approved.”

There is a level of credit due to the individuals who developed what is called the HAR Plan (HSUS/ASPCA/Return to Freedom). It is never easy to sit down with people who are against what you believe to work on a compromise. This is a powerful first step and we are thankful to all those involved.

It is, however, just a first step.

As is being pointed out in opinion pieces and editorials across the nation, there is an endless list of everything wrong with this plan. In summary, the HAR plan has four key elements:

Rather than wasting countless words condemning the plan, we’d much rather discuss another plan.

Anthony Marr has a long list of credentials that should afford him the right to speak with a high degree of knowledge about animals. We recommend looking over his profile when you have time. He’s definitely about respecting life of all kinds and discussing mankind’s somewhat futile attempt to live in harmony with other creatures.

His plan for wild horses in America?

The Marr Plan also has 4 key elements. In Anthony Marr’s own words:

The differences between the two plans are as follows:

In Closing, Marr says, “It is understood that a proposal of a deeply transformative nature like mine won’t work within the confines and methodologies of the old (extant) system, including, say, the structure of the federal grazing program. There is no doubt that if what we want is a stable long term solution, one innately without roundup and slaughter, we will have to more than totally revamp the entire current system, but to replace it with a whole new system from a blank slate. So, opposition that it does not jive with the old system is irrelevant. This is something to be created from scratch, not some derivative of an obsolete system that has never worked. There is no doubt that it will take an enormous effort to achieve this transformation, but I’ve never said it would be easy.”

So: Which do you prefer? The HAR Plan, or the Marr Plan?

The decisions will be made by the people who hold the checkbook. The rest of us can brainstorm and grandstand all we want, doesn’t mean they listen or care about what we say.

We have personally been fighting the horse slaughter issue for 24 years, been in a hundred meetings, took a thousand pictures and wrote a couple of million words about the issue, and you can see how well we’ve succeeded in stopping horse slaughter.

Frustrating? You know it, but giving up is saying you don’t care. So never, ever quit. Rant, rave, call, write, beg, cry, do whatever it takes. The freedom, the lives, the entire world of America’s wild horses is about to come crashing down. The only people that can stop it work inside the Beltway in Washington, DC.

That should give you a clear path to follow.

When Anthony Marr was working as a Bengal tiger preservationist at India’s tiger reserves, a basic formula he used was that the Minimum Viable Population (MVP) of a coherent breeding population, to prevent inbreeding, was 250. Applying this to the tiger reserves, most of which had fewer than 100 tigers (e.g. Ranthambhore had only about 40, Bandhavgarh had about 40 and even the larger Kanha had only about 100), a vigorous inter-reserve genetic exchange program is needed. The ungulates, on the other hand, numbering in the thousands per reserve, have no imminent inbreeding problem, but the Bengal tiger does.

Back in N. America, the same formula applies, to the grizzly bear as well as the elk and the moose, and, in our case, the wild horse, to which it applies due to the horse’s breeding population being in the form of herds. Equine geneticist Dr. Gus Cothran set the MVP for the wild horse at 150-200, which is on the low side, but in the ball park.

The problem is this: There are 177 HMAs (Herd Management Areas) under the management of the BLM (Bureau of Land Management). BLM sets the total AML (Appropriate Management Level, meaning the maximum sustainable total on-range population) at 26,600. If BLM sets the overall MVP at the rock bottom of 150, the total MVP would be 150 x 177 = 26,550 (which suspiciously coincides with the AMT). Since this is an average figure, and many of the HMAs are population-wise under-average, this means that these under-average HMAs have fewer than 150 horses per herd on average, in which inbreeding can occur.

Another uncertainty is the BLM itself. The National Academy of Sciences (NAS), in its 2013 report on the BLM, strongly criticized the BLM on the unreliability and lack of rigor of its methodology and figures. This means that we have to draw an even wider safety-margin, or margin-of-error on the part of the BLM, in setting the AML, and that any AML set by the BLM must be vetted or at least approved by the NAS.

The basic strategy of the HSUS-ASPCA plan does not seek to raise the AML. It still relies on the brutal helicopter roundup as a population control measure, which still incurs huge expenses to execute, and it still uses the captivity method which has proven expensive and unsustainable, and still requires building more and more holding facilities year after year. Incredible as it may seem, the HSUS plan made no mention of two important factors: cattle and predators.

These are diametrically opposed to the strategy of Anthony Marr’s “Marr Plan”, which raises the AML from 26,600 to around 150,000, by removing 200,000 cows from the range and releasing all 47,000 captive horses (most already contracepted) back on to the range in even-exchange which allows for the closure of most of the expensive holding facilities. This frees up over $60 million for on range field work in population management and habitat protection.