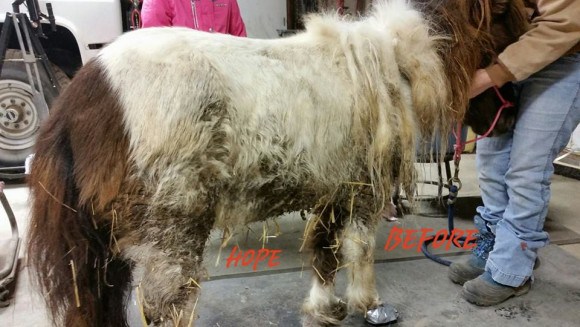 VIGO COUNTY, Ind. (WTHI) – Several miniature horses rescued from an Indiana home are doing well, according to News 10 in Indiana.

On Sunday, the Horse Shoe Equine Rescue was called to a home when Animal Control asked for their help removing four miniature horses, three of which were in bad shape.

“They were in a really small area, and they were standing in what started out as about 20 inches of manure and went up to about 30- nches of manure,” said Ron Barnett, owner of the rescue.

GALLERY: Before and after pictures of the horses

“Their tendons are all stretched in different directions now, and they’re going to have to re-learn to walk. It’s going to take a while before they can actually get back to the point where they can walk straight again or even run again,” Ron Barnett said in a previous interview.

The growth on the horses’ hooves has since been removed. They have also received a much needed grooming.