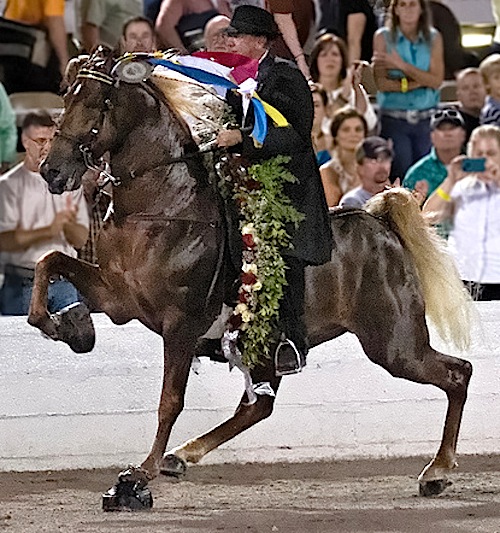 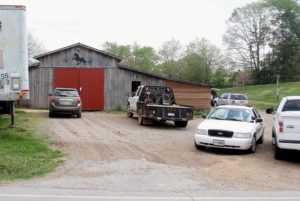 Photo by TOM SHERLIN | THE DAILY TIMES
Agents with the U.S. Department of Agriculture executed a search warrant at the Larry Wheelan horse barn April
18 on Tuckaleechee Pike. The federal agents were assisted by the Blount County Society for the Prevention of
Cruelty to Animals and Blount County Sheriff’s Office.

A Knoxville animal care advocate who was at the scene of a raid by federal investigators at Larry Wheelon Stables in Maryville April 18 said some of the 27 horses appeared to be in pain.

The U.S. Department of Agriculture is investigating allegations that Wheelon was using an illegal training method call “soring” to make the Tennessee Walking Horses step higher.

Several agencies, animal care advocates and a veterinarian were on hand during the nine-hour investigation at Wheelon Stables, 2743 Tuckaleechee Pike.

Representatives of Horse Haven of Tennessee, which is located in West Knoxville, were there “to do horse handling,” said Nina Margetson, executive director of Horse Haven.

She could not comment on the possibility of abuse through soring, but did say, “I did witness some animals in pain.”

Margetson also said a vet was on hand to examine the horses and collect physical data for testing.

Another investigator on the scene said some of the horses had plastic on their feet.

Blount County Society for the Prevention of Cruelty to Animals representatives also helped federal agents in conducting the investigation.

The USDA agent in charge of the investigation ordered the 27 horses quarantined when Wheelon could not produce paperwork showing that the horses had tested negative for Coggins Disease (equine infectious anemia).