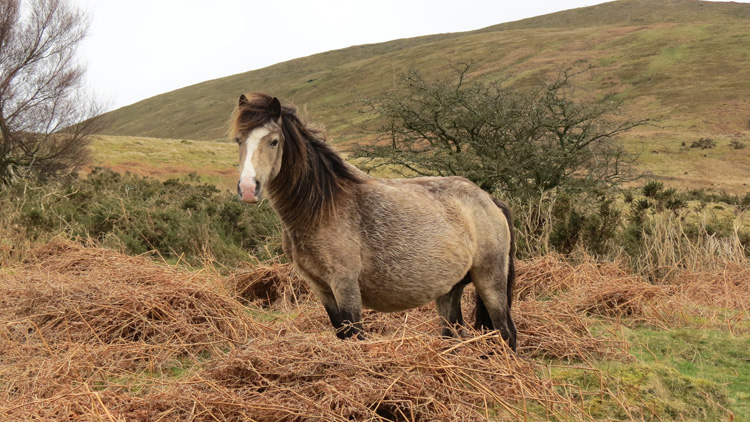 The moment has finally come. We have just learned that the Senate Appropriations Committee has finally scheduled the markup sessions for the FY2018 Interior appropriations bill next Tuesday 17th and Thursday 19th.

As you likely already know, last July, acting at the request of the Trump administration and specifically Interior Secretary Ryan Zinke, the pro-slaughter lobby led by representatives Chris Stewart (R-Utah), Mark Amodei (R-Nevada),  Ken Calvert (R-California), Mike Simpson (R-Idaho) and Adrian Smith (R-Nebraska)  moved to remove from the FY2018 House Agriculture and Interior Appropriations bills  long-standing bans preventing BLM from killing and selling at will without restrictions (including for slaughter) wild horses in holding and freshly captured, as well as banning USDA from conducting mandatory pre-slaughter inspections of horses at slaughter plant, hence preventing new horse slaughter plants from opening up in the US.

With such move, both the Trump administration ( which takes advice directly from horse slaughter lobbyist and anti-animal activist Forrest Lucas) and Congress’ horse meat and welfare ranching lobbies, attempt  to bring horse slaughter back to US soil and, particularly, to kill by whatever means possible (most likely gunshot) all the federally-protected wild horses held at BLM corrals or those freshly captured that are deemed “in excess” arbitrarily by BLM.  The intention behind this hideous move is to make room at BLM facilities for all remaining wild horses in the range to be rounded up, institute a mass extermination mechanism using tax-payer funds to get rid of them as new horses come in BLM facilities and, ultimately, eliminate all wild horses,  releasing the resources for welfare ranchers like Cliven Bundy to allocate more cows and for the ultraconservative, anti-animal lobby to make an ideological point about the place and value of wildlife in our society, which according to them is none. If Trump, Zinke and Stewart get their way, approximately 75,000 wild horses , counting the 45,000 in holding plus the remaining 30,000 in the range, will be murdered in the coming years, resulting in the largest massacre seen in US since the extermination of the buffalo. This is, indeed, Trump’s “final solution” to his wild horse “problem”.

Regrettably, the House of Representatives turned a blind eye to this travesty and passed their FY2018 omnibus appropriations bill without the languages preventing new horse slaughter plants from operating in the US and prohibiting BLM from killing healthy wild horses and selling them for slaughter at will.

Fortunately, Senators Tom Udall (D-Colorado) and Lindsey Graham (R-South Carolina)  are aware of this travesty and are attempting to reverse the situation. Last July, senator Udall inserted back in the Senate agriculture appropriations bill the language preventing horse slaughter plants to operate in the US (by withholding funds for mandatory pre-slaughter inspections). Now, it is time for the Senate Appropriations Committee to markup and  the Interior appropriations bill, which will decide the fate of America’s wild horses.

Next Tuesday 17th at 09:30 EST, the Senate Appropriations Subcommittee on the Interior, Environment and Related Agencies, chaired by senators Tom Udall and Lisa Murkowski will hold a markup session in which they will present the draft text of the FY2018 Senate Interior appropriations bill, allow debate for the introduction of amendments and then vote it to present the approved text to the full committee. Then, two days later, the full Appropriations Committee will hold a markup session at10:30 hrs on the bill text presented by the subcommittee, allowing the introduction of further amendments shaping the final language of the bill that will be referred to the full Senate for a vote.

The Subcommittee on the Interior, Environment and Related Agencies can decide whether to carry the language banning BLM from using funds to kill and sell without limitation wild horses in its care from the last Interior budget bill that was passed into law or insert it again as an amendment. Since the last Senate Interior bill contained the wild horse protection language, the former is the most likely outcome. Similarly, if the language is not carried over from the previous budget or inserted by the subcommittee, it will have to be inserted during the full committee markup by means of an amendment . Similarly, even if the language is carried over, it may be removed by pro-slaughter forces by means of an amendment. In either case, this is the last chance to save wild horses from being slaughtered or shot to death by Bundite cowboys. If the wild horse protection language is not present in the bill’s committee report referred to the full senate, it is over for wild horses.

WHAT YOU CAN DO:

Keep calling and faxing all members of the Senate Appropriations Committee –and particularly the members of the Subcommittee on the Interior- asking them to oppose any language allowing BLM to sell without restrictions wild horses in holding or authorizing the killing of healthy wild horses in holding or on the range as “management option”. Tell staffers that you don’t want government to shoot and slaughter wild horses and that all arguments put forward by those wanting to slaughter wild horses like as Stewart and Amodei, such as that wild horses are starving and killing them “is the right thing” are completely false. There are tools available for BLM to manage wild horses in the range but BLM always refused to use them, stating privately during the infamous “Slaughter Summit” that they will only consider slaughter and shooting. The move by the House to authorize the mass killing and slaughter wild horses is just a handout to welfare ranchers for purely ideological reasons.

Enclosed at the bottom of this message you can find a list of all members of the Senate Appropriations Committee with phone and fax numbers for their DC offices, plus a link to a template fact sheet (courtesy of Linda Loman) you can use when faxing them to follow up with your call in order to support our position. Faxing is best since it forces them to take down your comment, name and address and log it. You can use a free online faxing service to send them, such as FaxZero (https://faxzero.com/) or GotFreeFax (https://www.gotfreefax.com/), this is the cheapest and fastest way to do it. Since there is a limit on the number of faxes you can send per day, combine any of the services described at https://www.lifewire.com/free-fax-services-2378048 to reach all members of the Appropriations Committee. The template has been optimized to only 3 pages-long, hence being possible to be sent through the FaxZero service at no cost.

Right after calling and faxing try to follow up by posting messages in their Twitter and Facebook accounts. You can find their accounts by looking for the members of the Senate Appropriations Committee at https://www.contactingcongress.org/ (select Senate Appropriations from the drop down menu on the upper right corner).You may also follow up by calling or emailing their  staffers in charge of animal welfare issues

Again, I cannot stress any stronger how important is to get the language banning BLM from killing wild horses included in the bill text passed by the appropriations committee. This is the last thing that stands in the way between mustangs and their death at the hands of BLM and the welfare-ranching lobby. If we fail to get this amendment passed, it is game over and you better start kissing wild horses goodbye. We will post further updates, including live ones during the committee ‘s markup sessions in the next few days.