A smile for Old Blue

Habitat For Horses / breaking  / A smile for Old Blue
7

A smile for Old Blue 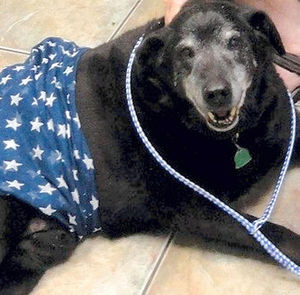 “Smile, though your heart is aching … Smile, even though it is breaking” — Charlie Chaplin

I recently took a trip to the Habitat for Horses to talk to a man who knows what it is like to hold a dying animal in your arms, Jerry Finch. I had lost Old Blue, my best friend and the love of my life, that week. He died in my arms on Sept. 2.

Jerry once said: “We are the horse lovers. We stand together, picking up the weak, the old, the damaged, the unwanted.” Jerry recently lost a lease, and he said in the Habitat’s newsletter: “I broke a promise. It hurts worse than anything I ever imagined.”

Jerry had to turn away three skinny horses he had promised to take because there was no room for those sweet souls, and he cried.

I told him about those last moments with Blue, how he looked at me with panic in his eyes. Life gave Blue another chance, but Blue had given up on life. Old Blue’s hip had been broken while in recovery, at a local animal hospital for surgery, for removal of a growth and he could no longer be a dog.

Jerry and I talked about the horses who had crossed over. What resonated with my heart was our memories of MoZ, a horse we lost in April 2012. MoZ died at a place that had become his home — just like Blue — and Jerry held MoZ’s sweet head in his hands and told him stories at the end — just like I shared with Old Blue in his final hours.

Before I go to bed every night, I play that song “Smile” and I read my first guest column “Singing a Song for Old Blue” (The Daily News, July 8, 2012), and I look at Blue’s smiling face in that picture, and I cry.

Before you go to bed tonight, hug your children, hug your dog — Old Blue would have loved that. Think about maybe donating to the Galveston Humane Society or Habitat for Horses’ Greener Pastures Land Fund. In the words of the late, great Charlie Chaplin, “Look up to the sky; you’ll never find rainbows if you’re looking down,” and smile.
[column size=”1-2″ style=”0″ last=”0″]
Debbie Stoutamire lives in Galveston.

You can out more about Old Blue in Habitat for Horses “In Loving Memory Of…” section of our website. This a place where beloved animals and animal lovers are memorialized. Old Blue’s story can be found by clicking here.

We are still raising money to replace the land unexpectedly lost as mentioned in the article above. You can donate by clicking here. Learn more about why Jerry had to turn those horses away by clicking here. ~ HfH[/column]
[column size=”1-3″ style=”0″ last=”1″][heading bg=”#940909″ color=”#ffffff”]Horse Stories[/heading][display_news_s3 include_excerpt=”false” excerpt_l=”15″ include_date=”false” posts_per_page=”20″ offset=”0″ orderby=”date” order=”ASC” post_type=”post” category=”stories”][/column]