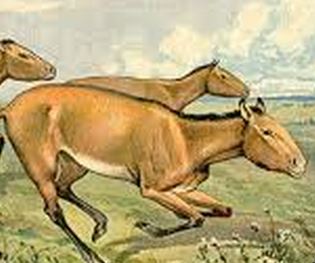 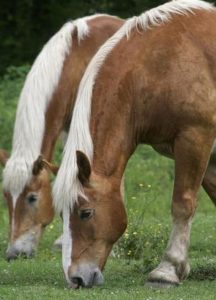 The new horse species fills a gap in the evolutionary history of horses. Picture for representative purposes.

Researchers have discovered a new species of fossil horse that lived 4.4 million years ago in Ethiopia, a discovery that fills a gap in the evolutionary history of horses.

About the size of a small zebra, Eurygnathohippus woldegabrieli had three-toed hooves and grazed the grasslands and shrubby woods in the Afar Region, scientists said.

The horse fills a gap in the evolutionary history of horses but is also important for documenting how old a fossil locality is and in reconstructing habitats of human forebears of the time, said Scott Simpson, professor of anatomy at Case Western Reserve’s School of Medicine, and co-author of the research.

The researchers found the first E woldegabrieli teeth and bones in 2001, in the Gona area of the Afar Region. This fossil horse was among the diverse array of animals that lived in the same areas as the ancient human ancestor Ardipithecus ramidus, commonly called Ardi.

“The fossil search team spreads out to survey for fossils in the now arid badlands of the Ethiopian desert,” Dr Simpson said. “Among the many fossils we found are the two ends of the foreleg bone — the canon — brilliant white and well preserved in the red-tinted earth,” he added.

A year later, they returned and found part of the connecting shaft, which was split lengthwise but provided the crucial full length of the bone.